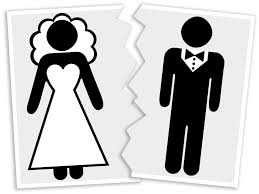 Statistics show that in Europe-and Italy, in particular-marriages between people of different nationalities are increasing. Accordingly, the number of international separations and divorces is also increasing. As you can imagine, this is not the happiest aspect of law that I have written about for The Florentine, but it is unfortunately a topic that may affect some of its readers.

If I get married in Italy, can I get divorced in the United States? Can I enforce my pre-nuptial agreement in Italy? Do I have to wait the three years of separation required by the Italian legal system in order to get my divorce certificate, or can I apply in the country of my spouse, where divorces are finalized in a few months? Many of the expatriate clients that I assist regularly with asset management ask such questions.

Indeed, international divorce and issues related to child custody are two of the most discussed and controversial aspects of the relationships between people from different countries. International divorce is quite complicated and depends on many variables, but the legal framework that governs the dissolution of an international marriage involves three main issues:

Where will the spouses file for divorce?

Each nation (and, in some cases, within it, each state or province) has its own legislation that governs separation, divorce, maintenance of spouses and children, custody, guardianship and other family law matters. In the European Union, when the matter involves the dissolution of a relationship between persons of different nationality, the member states are governed by Regulation 2201/2003, which went into effect on March 1, 2005. This regulation harmonizes the European Union rules that are applicable to member states (except Denmark) of private international law, in relation to the ‘jurisdiction,’ i.e., which member state’s courts can hear and grant a divorce.

What law will govern the divorce procedure and the subsequent divorce agreement?

Because not all countries provide the same protections of women’s rights, child custody, alimony and the like, the choice of law to apply to the divorce can be a very delicate matter. Therefore, each party will probably ask the court to regulate the divorce using the rules that better protect his or her interests.

In Italy, the choice of law for a divorce is regulated by article 31 of law 218/95, which states that if the partners have different nationalities, the divorce process will be governed by the law of the place in which the couple lived the majority of the time before the divorce. So, consider, for example, an American who resided with her husband in Italy for most of the marriage. Could she ask an Italian judge to apply the law of her nation (or state) because it may better protect her interests? If that question were to be presented to an Italian judge, it is likely that he would apply the Italian law, because Italy is the place where the couple habitually lived together during their marriage.

Other options. This does not exclude the possibility of lodging a divorce petition in a country where the couple did not habitually reside but where at least one has some connection, such as the country of origin of one of the spouses. The person will have to investigate whether the law of that country admits a divorce based on the nationality of one of the two partners or another form of connection. Note also that if the divorce is filed in a country that does not have any connection with the place in which the couple lived (maybe it is faster or cheaper to get divorced there), the other spouse could oppose it on the grounds that the court does not have the jurisdiction to decide. But if the parties do not have young children and agree on divorcing quickly, amicably and with mutual consent, they might have more than one option to choose from.

Recognition of a foreign divorce certificate in Italy.

Just like with Italian couples, if one spouse is Italian and the couple has obtained a divorce in a foreign country, in order to have the foreign divorce recognized in Italy (and legally marry someone else), the divorce decision must be registered in the Ufficio di Stato Civile (Italian civil records office).

In many other countries, divorce procedures, especially if there is mutual consent, can be very fast. However, in Italy, divorce is a two-phase process. First, the couple needs to get legally separated (passing by a first judge’s decision) and then, after three years of legal separation, the couple can file for divorce (which requires a new judge’s decision). Thus, each person needs to wait at least four years before they can legally marry again.

This slower process has, obviously, some negative aspects, but one of the biggest positive aspects is that the Italian system is very protective of the rights of the weaker party (very often the woman), and for that reason many international divorces are decided in Italy.

In the past, the Italian authorities and judges were strongly opposed to recognizing foreign divorces from abroad: the so-called fast-track divorce was considered a sneaky route around legal principles that aimed to protect the interests of the family. But in recent years we have noticed a new tendency in our courts and among officials of the Stato Civile to recognize the faster divorce procedures obtained in foreign countries, provided the foreign system protects the parties as much as the Italian system does and the foreign decision complies with conditions stressed in the law 218/95 (articles 64, 65, 66). If these requirements are respected, it is likely that the foreign divorce will be registered and the couple will be considered legally divorced in Italy.

A few positive thoughts to conclude.

As legal advisor to many international clients and, most importantly, as the fiancé of a wonderful American woman who I will soon marry, I am convinced that having a relationship with a person from a different country and culture, who has a different approach to life, can be one of life’s most exciting and fulfilling experiences. However, it is important to think hard, and in advance, about whether what you have in common will be able to help you when all those differences that you now love so much will eventually become an obstacle to the life that many ‘local’ couples can have. Follow your heart, but think very carefully in advance about what you are about to do.

And remember that should the relationship seem to founder, divorce sometimes is not your best option. Ask for help before you even start considering it.

<<It is difficult to give advice about where to apply for a divorce, because such a decision must take into consideration the priorities of the partners (e.g., to be free as soon as possible, to obtain the best protection for oneself and one’s children, to provide for-or prevent-continued contact with the children). Thus, each case must be examined carefully.>>

The information provided is based on the current regulations enforced in Italy and therefore is subject to continuous changes and updates. This article is intended for informative purposes only. It is not intended to give legal advice and should not be considered as such. None of this material is offered, nor should be construed, as legal advice. The communication of this information or use of such information is not intended to create an attorney-client relationship. The author and The Florentine recommend that readers seek professional legal advice.

Originally published by Michele Capecchi on The Florentine (http://www.theflorentine.net/lifestyle/2012/06/getting-unhitched/).