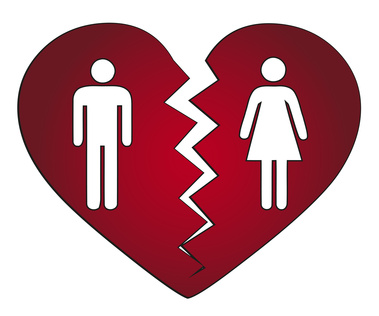 In Italy, to get divorced (and therefore to be able to remarry) the couple must first be legally separated for at least 6 months, which involves a judge’s decision that formally states that the two persons, can live apart. “De facto separation”, i.e. simply deciding to move out of the family house, does not allow the couple to get divorced. The separation must be formalized before a judge, who also decides over critical aspects of the life of the couple, such as alimony, child support, and division of family assets.

Thanks to a new law enacted in 2015, the legal separation period must last only six months (or maximum one year, in case of judiciary separation, which we will describe hereinafter). During this period of legal separation, the two persons can live apart and must observe specific rules either set or approved by the judge regarding alimony, child support and custody, separation of assets, appointment of the family house, and so forth.

During this time, however, they cannot remarry and, legally speaking, they are still members of the same family. Then, after the period of legal separation, the couple can file for divorce, which involves another judge’s decision: the two parties ask the judge to pronounce a second decision, declaring them officially divorced.

THE FIRST STEP: THE LEGAL SEPARATION

Separation is a mandatory, preliminary step that can be obtained either in an amicable way (by filing a joint application, known as Separazione Consensuale) or, if an agreement about the terms and conditions of the separation is not found, by filing a judiciary separation (similar to a litigation procedure). In case of Separazione Consensuale (jointly filed separation), the parties are represented by their own lawyer before the judge, but if the couple is in a very “amicable” situation they can decide to use the services of the same lawyer. In case of Separazione giudiziale, obviously they need different lawyers.

In a case like this we will also include the authorization to bring the children abroad with the mother for a limited time (i.e. holidays). When a Joint Application is filed the partners can divide their properties and family assets as they want. There is not a minimum standard set by the law, as long as there are no children. The parties can submit any legal arrangement whatsoever. In case of children the agreement must contain specific provisions for their economic support, the place where they will live, and all the aspects related to the custody of the children.

If  a full agreement on all these aspects (custody, alimony, and division of family assets) is not found, then it will be necessary to file for a judiciary separation (Separazione Giudiziale), where after a very time consuming procedure, the judge makes decisions on all the economic and family aspects of the separation. This is a type of procedure that is similar to a normal litigation process (i.e. the applicants will get the award in no less than 2 years).

Once the separazione legale is obtained it is then possible to file for the final and official divorce.

A new law enacted on May 6th, 2015 n. 55 enforced the so-called “Quick divorce” (divorzio breve), allowing the spouses to obtain the divorce within one year from the date of the legal separation, or even after 6 months, in case of jointly filed separation. Thanks to this new law the time required between separation and divorce is now considerably shorter than before.

The Divorce procedure is more or less a photocopy of the separation procedure. Also in this case the ex-couple can file a “Consensual divorce” application (Divorzio congiunto), or if they don’t find a final settlement and agreement about alimony, child support and assets, they will file a Judiciary Divorce application (divorzio contenzioso).

The divorce is also the moment for re-discussing some of the terms of the separation agreement (or the separation decision provided by the judge) especially when – during the months (or the years) of separation- the economic conditions of one of the parties changed in an evident way (as it happens when one of the two ex-partners loses his/her job, or – more rarely- all of a sudden become extremely wealthy). The terms of the custody of the children can also be renegotiated by the two parents.

One final note deserves to be given to an “alternative” form of procedure to reach the same results (separazione legale, first and then divorce). The recent Legislative Decree 1323/2014, which came into force on  February 6, 2015 provides “Assisted Negotiation” for Separation and Divorce. In this case the couple gets the award for being separated and then the divorce decree through the mediation of their lawyers, rather than in the courts. In this case both the agreements for the separation and the divorce are reached with the help of the respective lawyers. Once a settlement is reached, it will be “approved” and stamped with a seal by the Court, but no hearing is required. It is quite obvious that the main benefit of this kind of “collaborative” separation and divorce is that the parties can get separated without having to wait for an available hearing before the President of the Court, which can take several months.

Our lawyers at Studio Legale Capecchi are specialized in this new form of support provided to our international clients. For any questions, don’t hesitate to contact our office.

The “two step” procedure of the divorce law dates back to the 1970s, and it was designed to make people think twice before getting divorced. The period of legal separation (originally set in three years) was intended to “help” couples to reconsider their relationship while living apart, and the hope was that the two parties would reconcile during those three years.

Today, that idea is strongly criticized by those who believe that the role of government should be to protect the interests of the couple who decide to divorce, not to impose barriers to or slow down the process. For this reason, the period of legal separation has been reduced to 6 months, in case of jointly filed separation (or maximum one year). The recent change in legislation suggests that the Italian government has embraced the idea that it makes little sense to force two people to stay together for three years when it goes against the interests of the couple and, often, of the children involved.

FOR THE LEGAL ISSUES FACED BY INTERNATIONAL COUPLES, see ‘Getting Unhitched’ (theflr.net/gettingunhitched), which explains issues related to international divorce, how spouses file for divorce if they are from different countries and how they can obtain recognition of the foreign divorce decision in Italy.

The information provided is based on the current regulations enforced in Italy and therefore is subject to continuous changes and updates. This article is intended for informative purposes only. It is not intended to give legal advice and should not be considered as such. None of this material is offered, nor should be construed, as legal advice. The communication of this information or use of such information is not intended to create an attorney-client relationship. The author and The Florentine recommend that readers seek professional legal advice.