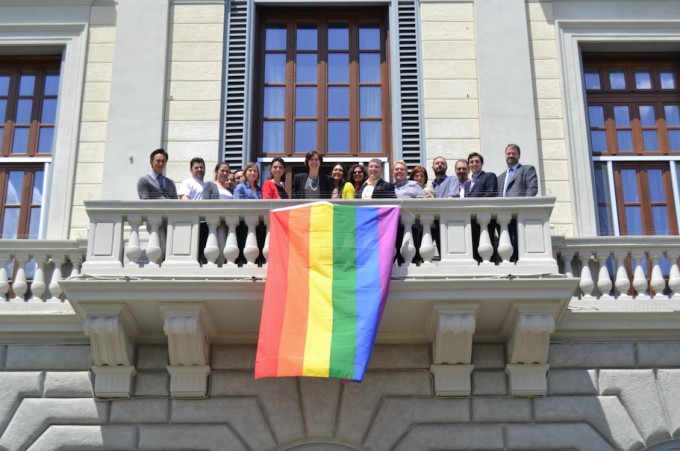 15 May On civil unions and de facto couples

On May 11, 2016, the Italian Parliament approved a law recognizing the civil unions of same-sex partners and specific rights to partners, regardless of their sexuality, who “live as a couple in a stable relationship” (known as De Facto Relationships, unioni di fatto or convivenze).

The part of the law that refers to civil unions solely regulates the legal relationship between persons of the same sex, and can be compared to the institution of marriage, receiving the title of “specific social formation” (like marriage), according to Article 2 of the Italian constitution. The union must be sealed with the same formalities of a marriage by the two partners in front of a registrar (Ufficiale di Stato Civile) and in the presence of two witnesses. The declaration will be made in written form and registered at your city hall. The document will contain all information about the two parties, where they reside and also (as is the case for marriages) the property regime chosen by the parties. This means that, by default, the assets acquired during the union will be owned in joint tenancy, comunione dei beni, but the partners can choose that they each remain the sole owner of the goods acquired, known as the separazione dei beni.

Partners will also be able to decide their surname: they can keep their own, take the other person’s or combine the two. Partners in a civil union can apply for public housing as couples. The law also makes this right available to unmarried heterosexual couples. In financial terms, civil unions and marriages envisage the same rights and duties, including maintenance payments (in case of dissolution of the union), rights to pension and severance pay (in the event of a partner’s death) as well as all inheritance rights granted to married couples.

As in the case of de facto couples, partners will have hospital visitation rights, access to medical information and full hospital and jail visitation rights. They will have the right to make medical decisions in case of emergencies, should their partner be unable to decide for him- or herself. In case of death, the partner can also make decisions regarding the donation of organs and the type of funeral. The new legislation abides by the same terms as Article 143 of the Italian Civil Code to define the respective duties of the married couple: the obligation to provide moral and material assistance and to contribute to mutual needs “according to their financial capacity and respective work and domestic abilities”. Under the law, however, partners are not required to be faithful and are not allowed to adopt their stepchildren.

It will be easier to dissolve a union than it is a marriage. The couple must declare their intention (even individually) to dissolve the union before a registrar. The actual dissolution of the union will take place three months after the formal declaration. Should one of the parties be undergoing financial difficulties, the other party will have to provide financial support.

The second part of the law governs the rights and obligations of couples (heterosexual or of the same sex) who wish to “live as a couple in a stable relationship” (without getting married or, in the case of same-sex couples, without entering in a civil union relationship). The partners must be over 18, be involved in a stable loving relationship and intend to provide mutual material and moral assistance to one another. They must formally live together and be registered as a famiglia anagrafica in the city registry. From that date on the relationship will be deemed a stable union and will benefit from the rights provided by this status, which include the possibility for partners to take over lease agreements (signed by the other party) or the entitlement to remain in their partners’ property for up to five years in the event of the other’s death. Coppie di fatto have full hospital and prison visitation rights, as well as the right to make medical decisions in case of emergencies on behalf of their partner and organ donation after death. In the event of separation, partners in financial difficulty may be entitled (and may petition the judge) to receive maintenance from his/her partner, according to the duration of the relationship.

Right to be paid for the work within the family business

Prior to this law if one of the partners worked on a regular basis for the other partner’s company, he or she had no formal right to be paid, nor to receive part of the proceeds from the business (unless a formal employment agreement was drafted between them). Now the law gives the partner the right to receive part of the profits, as if they are a “family business” as regulated by Article 230 bis of the Civil Code.

The law also gives partners in this type of union the possibility to draft a formal written agreement to regulate the economic aspects of their relationship (determining duties and the type of property regime to apply). This can prove a useful tool for de facto unions because, even couples who have lived together for years, now have the chance to formally regulate their mutual financial duties and rights. Such agreements must be drafted with the assistance of a notary or lawyer, who will be responsible for registering this agreement at the city hall.

The new law will offer protection (and recognition) to civil unions and de facto unions established abroad. It is logical to believe that unmarried couples who formalized their relationship abroad will now be able to have their relationship registered and recognized in Italy in the same way as international marriages.

To conclude, Italy is the 27th country of the European Union to adopt a law that grants specific rights to couples who live together without being married. Moreover, this new law grants constitutional rights to same-sex unions, who will finally receive legislative protection that is approaching but is not exactly the same as the rights enjoyed by “traditional” families.

Originally published by Michele Capecchi on The Florentine (http://www.theflorentine.net/lifestyle/2016/05/civil-unions-de-facto-couples/).